A BACKSTAGE PASS TO THE WORLD OF TURKISH DRAMA!

Istanbul is a city full of stars: On the screen, on the stage — even in the tabloids, they light up our world! But holding these stars aloft is an army of agents working behind the scenes to find that next big role (or bury the next big scandal). And at the top of the heap is Ego Ajans, the most famous agency in Turkey.

Dicle is a fresh-faced university graduate from a small town with a degree in film and a lifelong dream to work in the movie business. She followed her dream to Istanbul, but after months of rejection, with her money running out, Dicle’s past catches up to her. And she ends up at Ego Ajans!

At Ego Ajans, Dicle struggles to navigate a minefield of naked ambition, petty grudges, and shameless vanity— and that’s just the clients! Competition between the four agents is ruthless, and the office drama is non-stop. What should be a dream job becomes a nightmare as Dicle slaves day and night for her high-strung boss, even while her own father plots to get her fired — the same father who abandoned her mother years ago and started a new family after he joined Ego Ajans. As for her love life, she ends up in competition with a step-sister she never knew over one of the agency’s top clients.

Watch Dicle climb the ladder of the entertainment biz from behind the scenes, where the drama is every bit as thrilling as anything on the big screen! 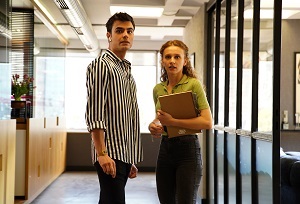 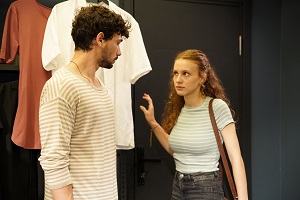